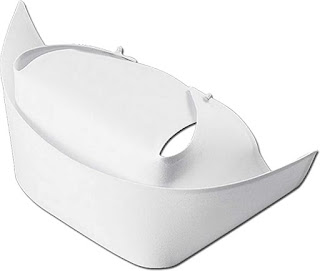 This seems to be the best way for me to pass on words and thoughts written by my mother. She wasn't a professional writer but her stories, though long and sometimes 'wordy' do hit the mark. She had a dream of being a nurse. My sister became a registered nurse and that made her so proud.

All Wool and a Yard Wide

The fabric of one’s life consists of many different kinds of threads and comes in so many different colors. The gray of winter mountains soon becomes a kaleidoscope of hundreds of shades of green. The azure blue of the sky is mirrored in the deeper blue of a quiet lake. The ivory of the early dogwood blossoms, the shad bush’s foamy clouds dot the evergreen hills. The scarlet, gold and deep reds of fall make a last effort to prepare one for the more somber days of winter.

There is one color, however, that outshines all the others and it is that of the nurses’ white. True, they don’t all wear the traditional uniforms and cap of yesteryear, but none the less, the devotion and concern are remained unchanged.

Many years ago one of these dedicated women sat beside the bed of a tiny girl who was desperately ill with pneumonia. Wrapped in her winter coat, the nurse carefully watched her patient while the cold winter wind blew through the open window beside the bed. This action had seemed to be the only thing that helped the little girl's breathing. There were no antibiotics then in the 1900's! They both survived the ordeal and the nurse remained in the parent's grateful memories for many years.

In only seven more years, the same ugly disease hit again and this time a graduate of our own Morristown Memorial Hospital came to the little country town to do twenty–four hour duty. Still no antibiotics, but mustard plasters and flaxseed poultices turned the disease away. The recovered child was so fond of the nurse that she kept up a correspondence with her for several years to come.

The child grew up to graduate from high school. While in her senior year, the school nurse started a nurses’ club which inspired many of the members to consider the nursing profession for their life’s work. This was not to be accomplished for the young club member because the dread depression had hit her parents and the girl’s goal was not to be reached. Once again the school nurse helped her student to find a job which resulted working for another nurse in the county office of the New Jersey Tuberculosis League.

Life went on, the colors of the threads changed with the appearance of a tall, dark and handsome man. The new family grew, first with the coming of a daughter, then a son, and finally a set of twin girls. After their arrival, there was another problem, and once again the need for an expert who was specially qualified saved the day. This nurse not only cared for her patient, but helped to get the meals and look after the other necessary duties of the household.

The fabric of the family soon smoothed out and returned to the many colors of the threads of its various members. With the growing demands on the income, it was decided that the mother would like to try a job, and where did she look first—to a hospital, of course. The pull was still there to be near the white of the nursing profession.

Soon the contacts settled into an office position in the old Morristown Memorial Hospital (M.M.H.) location. A new and larger facility was in the planning and the move was anticipated in the near future. Once in the new building, the many duties of her office gave the office worker one of the best memories she was to ever experience. Her occasional contact with the Director of Nursing Services was, to her mind, the epitome of the ideal nurse. The Director’s tall, stately carriage in her high-necked starched white uniform with the cap of her alma mater secure on her dark brown hair would always remain an inspiration to many with whom this individual came in contact.

The time came when extra work was no longer needed for the family’s finances. The children were all out of school; the son in the armed services, the daughter in nursing school (no undue influence, honestly), and marriages in the offing for the rest of the children. Now retirement could be enjoyed with time available for volunteer work, travel, gardening and anticipating the arrival of grandchildren.

A cruel tear in the fabric of the woman’s life came with the discovery of a lump in one breast. The diagnosis of the dreaded word “CANCER” changed the pattern of the life’s threads to dark and forbidding designs. Prompt intervention by a wonderful surgeon and his staff kept the disease at bay for several more years until a recurrence showed up in the other breast. Once more the routine was repeated and faded from memory—or so it was thought.

Fate, however, had other ideas, and professional help was needed. This time there was a dramatic change in the persons involved. A totally new concept in cancer care had been initiated in the fast expanding hospital.

The Woman’s Cancer Center was staffed by a uniquely qualified special surgeon, a nurse practitioner, and assistant office persons. This new service dealt with the whole patient. This service was soon to benefit the woman whose fears had all but convinced her that it would be better to "let nature take its course." Following an especially perceptive interview with the doctor and later with the nurse practitioner, it was decided to go ahead with the necessary hysterectomy.

A quick and uneventful recovery restored the nearly eighty-year old woman to the fabric of her life with her husband of almost sixty years. They would continue to weave their lives, not always all wool nor a yard wide, but the many colors of the rainbow would continue to appear much as before.

The predominant color of their life’s fabric would continue and would always be the pure white of the nurses’ cap and uniform. Perhaps it would not always be as visible as it once was, but through the many colors and materials of today’s world, the white would always shine—the true symbol of the many women who in the past had formed the fabric of this woman’s life.

Published January 30, 1995 Women’s Cancer Center by Jane C, Moore, Editor of “A Detour in the Road of Life”